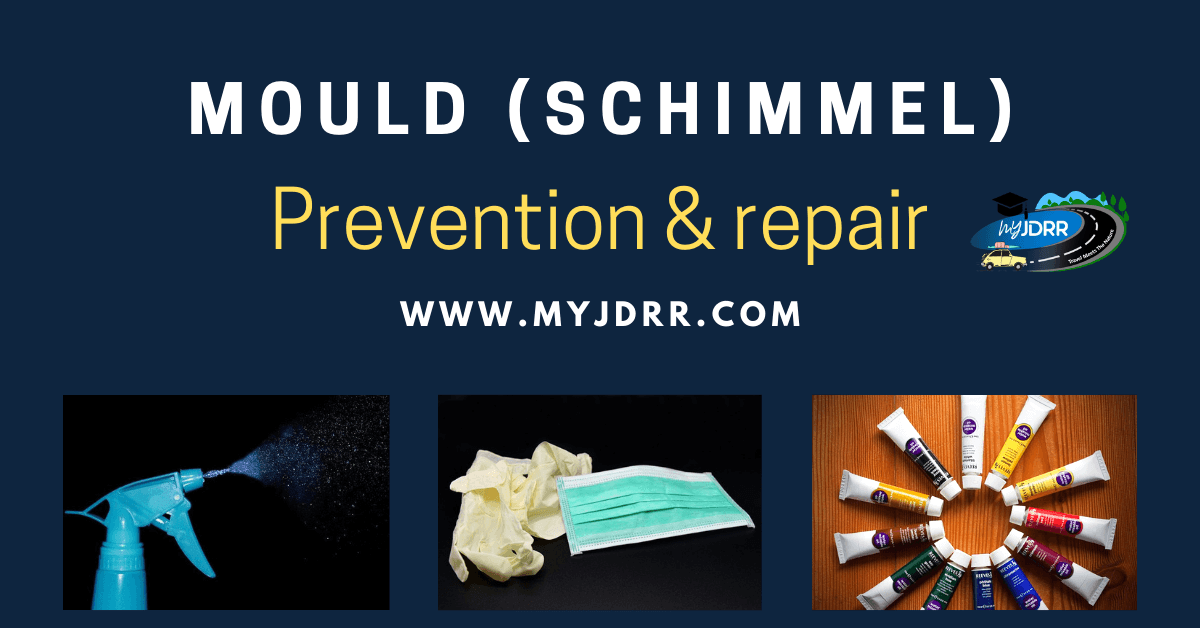 People who are living for a few years in Germany or any other cold countries may know that there are few household issues, which we have to overcome during winter. One of the most common issues is the mould issue.

Mould is a type of fungus that grows well in damp and poorly ventilated areas. Moulds can grow in and on any materials like walls, paper, woods, pipes, foods, furniture, carpets, etc. Actually, the cold season like winter is the ideal environment for the moulds to grow in the home. Almost many of the people who are living in Germany might know that mould is one of the big issues.

How to find it

The common signs of mould are often a damp smell (musty smell) and stains on walls, furniture, pipes, etc. The moulds can also be in one of the below-mentioned colours.

Places where it happens on the house

You can use the dehumidifier to prevent the formation of moulds. Especially in the kitchen and bathroom where there are high possibilities to get moulds due to the high water usage.

You can also use the hygrometer to find the amount of water vapour in the air in your house. It can be used to measure humidity. You can keep the hygrometer where there is a humidity symptom. Keep it also in your house where your family spends most of their time. Hygrometers are small so they can be moved around in your house.

If you have found moulds at your house, it is important to know that how it is spread and find the cause. The reason behind the find the cause is to eliminate it and make sure that it doesn’t happen again and also prevent the formation of new moulds.

There is also insurance available for the mould caused due to the water leakage. Kindly search on the internet for more details.

An important factor to know before repairing

It is very important to know that the house construction and the materials which are used to construct the house in Germany is totally different in Germany. So if there is mould on the wall, then do not try to remove the layer in the wall or clean it hard with any tools. It creates a big issue and leads to more damage to the wall. If you don’t know what to do, you can consult with your house owner or consult with the experts who are working on this.

The term which I mean as a basic mould is that the mould which had occurred only on the surface of any material and also only in a small area. That means the moulds which had just started growing or appearing. In this case, you can carry out the mould remediation by yourself.

Your health is very important, so it is better to use the protective clothings and equipments.

The above-mentioned protective masks and glasses are quite good. You can also use the below protective equipments.

How to use mould cleaner (Schimmelentferner)

You can also buy the mould remover (schimmelentferner) in almost all the supermarkets and also the in the hardware store (Baumarkt) in Germany.

How to dry out during the cold season?

After cleaning the moulds, make sure that you wash the body well and also change the dress. Do not use the mask, gloves again. Dispose of it in a proper way. Clean the glasses for further use. If possible do not mix the clothes with other clothes and wash those clothes separately.

I hope that this post had helped you. If you find this post interesting, feel free to let me know your opinion. Share this post with your friends which will be also helpsful to them.