Importance of learning the German language

HomeImportance of learning the German language 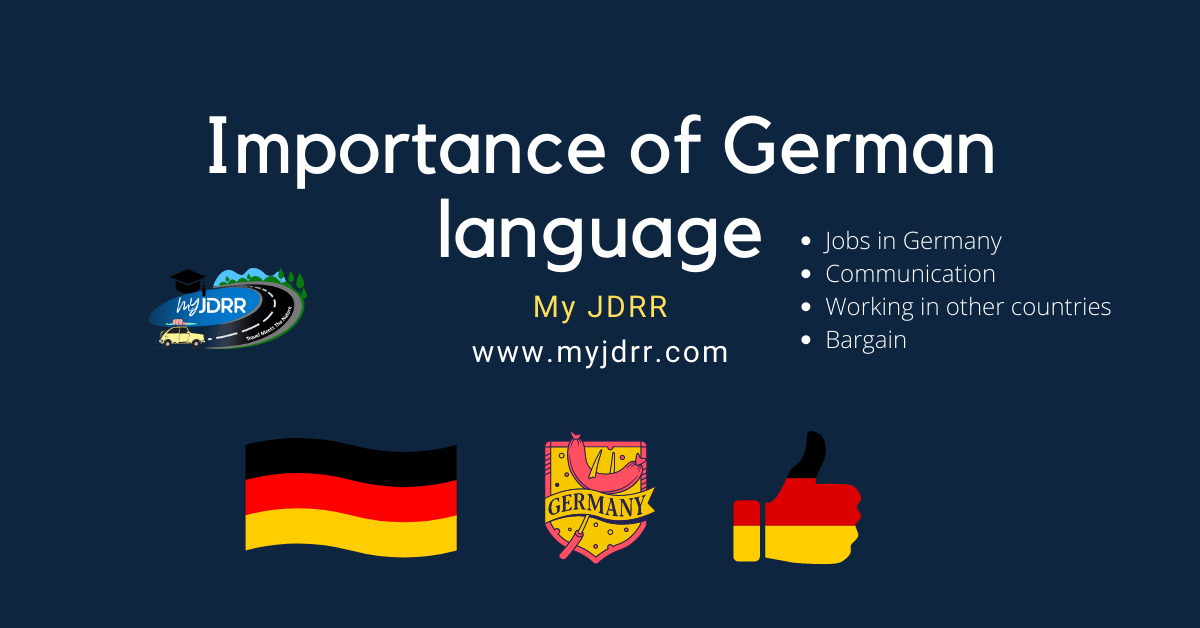 Not all jobs in Germany require German language skills. Same way, it is very common that most international students prefer the study programs in English to avoid learning the German language. But there is a big question.

Is it good to avoid learning the German language?

Why learning the German Language is important?

There are many international companies in Germany where you can see many employees speaking in German. On the other hand, there are also many typical German companies where the employees will not speak English.

If you go to restaurants, it is very difficult to find someone who can speak English fluently. Most of them speak good German and a little bit of English. So the German language helps the students to find a part-time easily in Germany.

Why work experience is important than finishing your studies in Germany?
Visa extension without a blocked account for students

If you would like to play an important role in your team, the German language helps you. The reason is very simple. Germans like to speak in their native language as we do. Communication in German will be easy for most of the employees and they show more interest to speak with you which helps you to gain more information.

Apart from job, German language will be also useful for our daily communication and also to learn the culture.

The German language helps you to deal very easily with the German bureaucracy. Especially it helps us to communicate very well in important offices like foreign office, tax office, town hall, etc.

It is quite easy to get local friends if you can speak German. It will also helps you to get helps for the studies, jobs, etc.

Apart from this, there will be also colleagues who are from other foreign countries working in the team. There could also be the possibility that they speak only German. So German could be a common communication language.

So basically to work with international colleagues efficiently, it is always important to know about the culture and the mentality of the people. This will eliminate or reduce the misunderstanding. Especially, if we are working in Germany, there will be many German colleagues, managers, etc.

The German language will also help us to find a house easily in Germany. From my experience, if the landlord can’t speak English, they mostly prefer people who speak German. Even while approaching the house owners, it is good to send an email or message in German.

Working in other countries

If you can have German skills, it is also possible to work in other countries. Below are some of the countries where people speak German.

If you can speak well in German, it is quite easy to bargain in Germany. You can’t bargain everywhere but you can do it wherever it is possible.